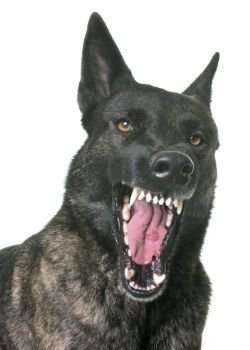 Approximately 4.5 million dog bites occur each year according to the CDC.  Sadly, many of these dog bite victims are children.  Medical bills are just the tip of the iceberg compared to the emotional and physical scars that our clients experience as the result of irresponsible dog owners.  A person attacked by a dog may have a claim against the dog owner, landlord, property owner, homeowners association or other entity.  Often, dog attack victims are unsure how to proceed after a dog bite.

You should consult with an attorney who has experience handling dog bite cases. We have obtained compensation for many dog bite victims, including children, elderly, postal workers and delivery workers. Several other personal injury law firms refer dog bite injury clients to our team at the O'Hara Law Firm because of our experience representing dog bite victims.

We have aggressively represented numerous dog bite victims.  Their injuries range from puncture wounds to life-threatening injuries with permanent, disabling impairment and disfigurement.  The cases have resulted in compensation as high as one million dollars. People injured by dogs are often entitled to compensation for medical bills, pain and suffering, disfigurement, impairment, lost wages, and mental anguish.

If you have been injured by a dog, contact us at the O'Hara Law Firm in Houston for a free consultation. We do not get paid unless you receive compensation. Learn about your options today.

The dog bite victim spent several weeks in the ICU after he was attacked by two large dogs that escaped from their yard. The dogs had bitten multiple people in the past before attacking our client. The dog bite inflicted wounds caused permanent injury to one of his eyes.  (attorneys' fees & case expenses of $333,714)

The dog bite victim was attacked by a pit bull while walking her own dog. The HOA defendant failed to repair a hole in a fence that allowed the aggressive dog to escape and attack the woman. The woman underwent several surgeries to treat injuries sustained in the attack.  (attorneys' fees & case expenses of $242,039)

A large dog attacked a teenager at a party. The teenager received stitches.  She has scars on her arm and hip as a result of the attack.  (attorneys' fees & case expenses of $67,182)

The dog bite victim was attacked by a large dog while walking his own dog. The trailer park defendant allowed the large dog owner to break the rules regarding leaving a dog unattended outside despite multiple complaints about the dog. The man underwent hand surgery to treat his dog bite wound. (attorneys' fees & case expenses of $53,976)

Below are some common issues and topics relating to dog bite claims.

Steps to Take after a Dog Bite

If you have been injured by a dog, there are several important steps to take after the attack has ended. First, obtain the names and contact information for the dog owner and any witnesses who observed the attack. Second, take pictures of the dog and your wounds. It is not uncommon for dog owners to attempt to claim a different dog attacked the victim. You will also want to keep evidence of what your wounds looked like prior to receiving medical treatment. Third, seek medical attention. Even if the wound is not severe, you may need a rabies and tetanus shot. When you receive medical attention, do not lie on behalf of the dog owner and claim you do not know who owns the dog. This statement may be used against you by the dog owner’s insurance company if you seek compensation later. Fourth, contact an attorney that has experience handling dog bite claims. An insurance adjuster will likely attempt to settle with you for less than what your claim is worth.

Medical Treatment for a Dog Bite

Approximately 800,000 people seek medical care for dog bites every year. Medical treatment for dog bites varies depending on the severity of the injury. The most common injury from a dog bite is a puncture wound with some scarring. A medical professional will clean the wound and administer a tetanus shot and/or rabies shot depending upon when the victim last received a tetanus shot and the vaccination history of the dog. Most puncture wounds are not stitched because of an increased risk of infection. However, if the wound is very deep, the doctor may have to stitch the wound to stop bleeding.

More severe dog bite injuries include torn muscles, broken bones, lost appendages, deformity, nerve damage, and even death. When these sad situations occur, the victim undergoes surgery, rehabilitation, and other medical procedures. At the O’Hara Law Firm, our team has represented dog bite victims placed in intensive care and who have undergone multiple surgeries as a result of dog attacks. We have helped dog bite victims find medical providers for treatment.

Dog bite injuries include more than just medical bills for medical treatment. Dog bite victims often have claims for lost wages, physical pain and suffering, disfigurement, impairment, and emotional distress. After medical treatment has concluded, the victim often has a permanent scar that serves as a painful reminder of the experience. Often, the medical bills are only a small portion of the claimant’s damages.

Children and the elderly are the most common victims of dog attacks. The rate of dog bite attacks on children is highest between the ages of five and nine. Children often have future medical needs as a result of dog attacks. Often, children will need future cosmetic surgery to reduce scarring or disfigurement. Our team helps parents understand the care their child may need in regard to future medical treatment. We can also help you find a medical provider if you have difficulty locating a medical provider that will treat you or your child.

Postal workers are often attacked by dogs as well because of the nature of their work.

Who is Responsible for a Dog Bite?

The dog owner is the first person that most people think of when considering who is responsible for a dog attack. If the dog owner was negligent or violated a leash law or ordinance, the owner has responsibility for the attack. If the owner knew the dog was aggressive prior to the attack, he is liable for the attack. However, depending upon the circumstances, the dog owner may not be the only person liable for the dog bite. Landlords, property owners, homeowner associations, and other entities may be liable for an attack if they were negligent or had prior knowledge about the dangerous nature of the dog.

Our attorneys will answer questions you may have regarding responsibility and the judicial system. Texas Dog Bite Laws

A victim may also pursue a claim against an owner or handler of a dog if the person was negligent, failed to use ordinary care. Even if the dog has never bitten before, an owner may be found responsible for the attack if the dog owner was negligent. An example of negligent behavior would be allowing a newly adopted dog to play with young children unsupervised. Under a negligence theory, it is not necessary to prove that the dog bit someone else in the past or exhibited aggressive behavior.

Texas Health and Safety Code have government procedures for declaring a dog a “dangerous dog.” A “dangerous dog” is a dog that makes an unprovoked attack on a person that causes bodily injury and occurs in a place other than an enclosure in which the dog was being kept. If a dog is declared a “dangerous dog,” the owner must carry $100,000 of liability insurance, and it is easy for a victim to prove liability if the dog was already declared dangerous before the attack.

Counties and cities across Texas have their own laws regarding restraining and leashing pets. If a dog is unrestrained and bites someone in a jurisdiction that requires a dog to be leashed, the victim may sue the dog owner or person in charge of the dog under the theory of negligence per se. The dog owner violated a Texas statute that was designed to prevent harm to citizens from dogs roaming unrestrained.

All breeds of dogs bite. However, some breeds are more prone to aggression than others. A Chihuahua is just as likely to attack you and your dog as a Pit Bull. However, Pit Bulls are considered more dangerous than Chihuahuas because they often inflict more damage when they attack due to their large size. The breeds that are most prone to bite and inflict serious injury are Rottweilers, Wolf-hybrids and Pit Bulls. There are other factors that increase the risk of attack besides breed.

An unneutered male dog is six times as likely to attack as a neutered male. Socialization and training play a large part in determining whether a dog will exhibit aggressive behavior.

Defenses a Defendant may Assert to a Dog Bite Claim

Trespassing is a defense to dog bite claims. Owners are permitted to have a guard dog protect their property from criminals and trespassers. The dog still would need to be restrained on the property. This defense is invalid if the person attacked was permitted on the property.

Another common defense is that the dog was provoked by the person bit. If someone is antagonizing the dog or attempting to hurt it, a jury will likely hold the person bit responsible for the dog’s behavior. However, this defense does not work well if a child is bit because a child may not understand or know better. The dog owner should not allow a child to interact with the dog unsupervised.

How to Prevent a Dog Bite

There are several simple rules that one should follow in order to reduce the risk of a dog attack.

Learn more about dog bites by clicking the links below:

TWO LOCATIONS TO SERVE YOU

It all begins with you sharing your story.