Earlier this summer, a passenger was attacked on a Delta flight by a fifty-pound emotional support dog sitting on the lap of a passenger next to him. The victim was unable to escape because he was in a window seat, and the dog blocked the route of escape. The man was bit on his face multiple times. He received 28 stitches on his face. He will likely have permanent scarring. 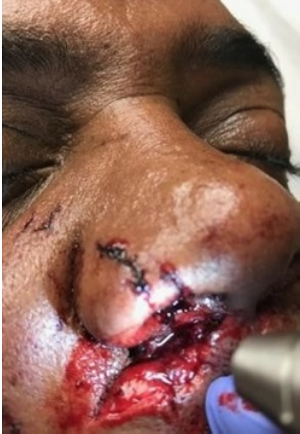 This incident raises the question whether airlines and the government should have different policies for service dogs and therapy dogs. Should a large emotional support dog be allowed in the cabin of an airplane? Critics point out that it is not difficult to register a pet as an emotion support animal. These animals do not undergo the rigorous training process that a seeing eye dogs or seizure response dogs undergo. It would be prudent for the Transportation Department to reconsider its policies regarding emotional support dogs. Large emotional support animals should be required to travel in crates in cargo like other pets.

The owner of the dog faces possible liability for the dog attack of the fellow passenger. In addition, the airline could be held responsible for the attack if the dog did not have proper therapy dog certification or it showed signs of aggression to the airline staff prior to biting the man.

If you have been injured by an animal, contact the O’Hara Law Firm to learn about your rights regarding compensation. Attorney Patrick O’Hara has extensive experience handling dog bite cases. Call 832-956-1138.